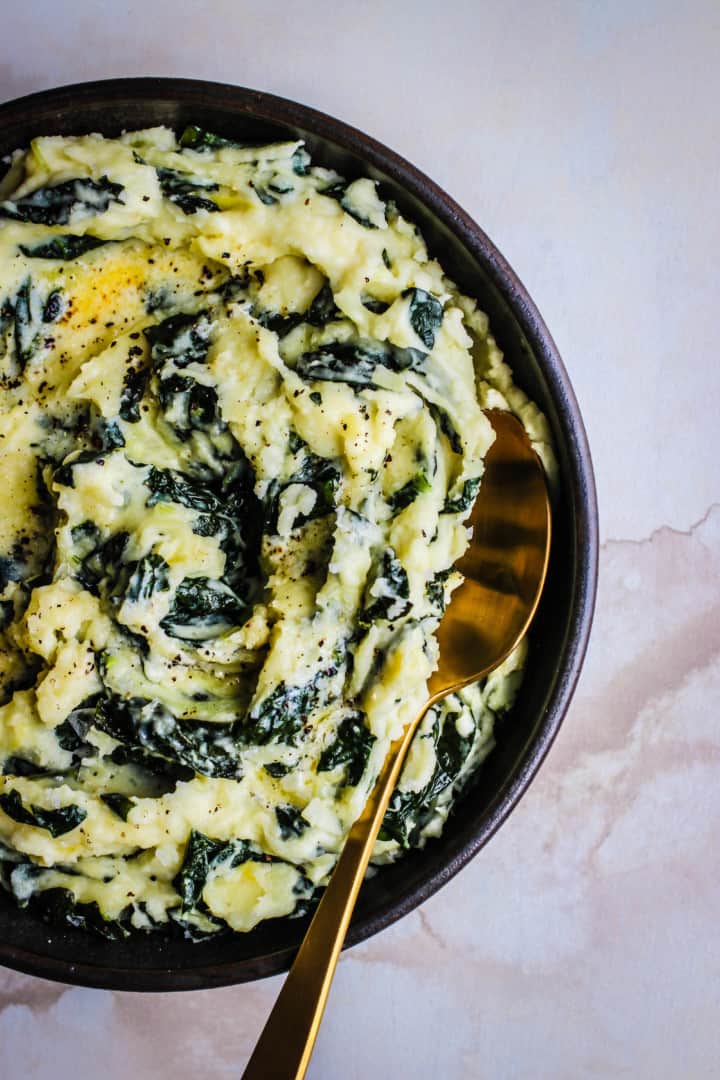 Potatoes and kale are both staples in Irish cuisine, so it only makes sense that they would perfect this creamy dreamy dish 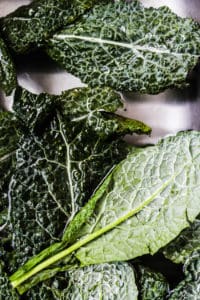 Colcannon (Irish Mashed Potatoes with Kale), has quite the backstory. Potatoes are synonymous with Ireland, so you might be surprised to hear that they aren't actually native to the country. The root veggie arrived on the island in the early 1600's. It was quickly embraced by the Irish population. By 1845, the Irish diet was so dependent on potatoes that when a fungal infestation ruined the majority of the potato crop for the next seven years, over one million people died of starvation. That's when Irish people began emigrating in droves, including to America.

Kale was a staple in the ancestral Irish diet. Combining potatoes and kale resulted in a hearty dish that was more filling than simple greens. It quickly became so popular that songs were literally written about it. Now, here's the REALLY fascinating part of the story. According to Mac Con Iomaire (an Irish chef and lecturer from the Dublin Institute of Technology), Colcannon was served as a "fortune-telling dish" on Halloween. It's similar to the idea behind serving King Cake on Mardi Gras. Tokens were cooked into the dish, and whatever token was discovered in your serving was indicative of your future. A coin foretold that you would come into money, a rag meant that you would fall into poverty, and a stick meant your spouse was going to beat you. Crazy, right? Here's to a year full of coins...and no sticks.

When to serve Colcannon:

You can certainly serve Colcannon (Irish Mashed Potatoes with Kale) with Corned Beef for St. Patrick's Day dinner. However, you shouldn't count Colcannon out the rest of the year - it's a great way to kick up your winter (or Thanksgiving) sides. Since fresh kale is available from California year-rould, you could make it anytime. However, the best season for kale is late winter through spring, and that's when warm, comforting mashed potatoes make sense too.

Need dessert? Try a Shamrock Shake or this Bourbon Chocolate Mint Shake. If you've got kiddos, mix up a batch of this non-alcoholic Mint Milkshake, too!

This Kale Salad with Cranberries + Pumpkin Seeds is also great year-round. So go ahead and buy the extra bunch of kale! 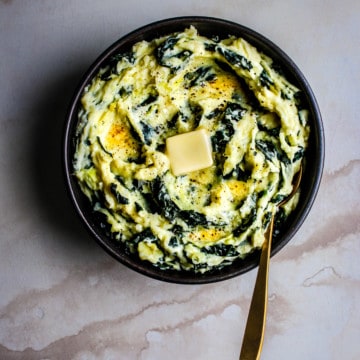 Potatoes need a lot of salt, so don't be afraid to use a bit of a heavy hand, especially if you use low sodium broth!

Consider this a crash-course in taking your potatoes to the next level. 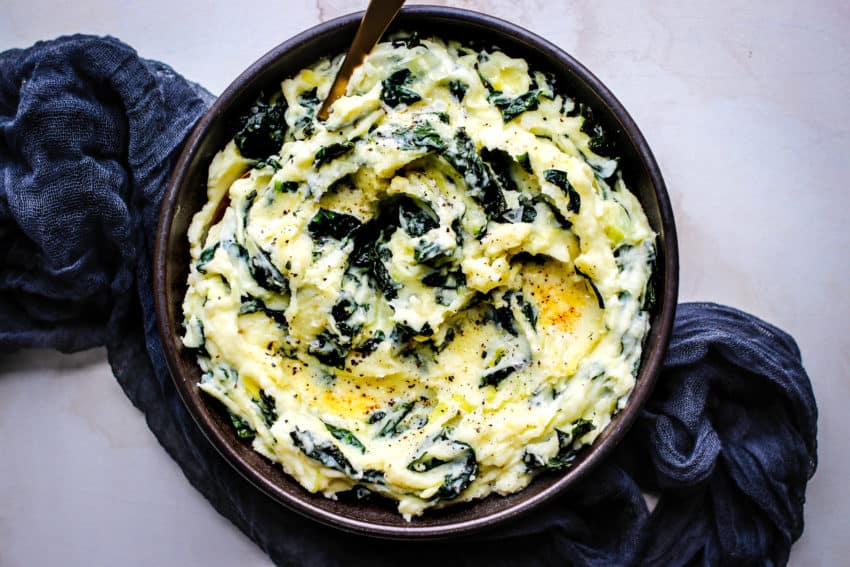