What is a "G-Free Foodie" anyway?

"Foodie" is an informal term for a particular class of aficionado of food and drink. The word was coined in 1981 by Paul Levy and Ann Barr, who used it in the title of their 1984 book The Official Foodie Handbook, which is now out of print and is hard as hell to read.  Foodies differ from gourmets in that gourmets are epicures of refined taste who may or may not be professionals in the food industry, whereas foodies simply love food for consumption, study, preparation, and news. Gourmets simply want to eat the best food, whereas foodies want to learn everything about food, both the best and the ordinary, and about the science, industry, and personalities surrounding food. For this reason, foodies are sometimes viewed as obsessively interested in all things culinary, plus, gourmet is an old term that takes the life out of everything.  We're Foodies around here, y'all.

"G-Free" is a euphemism or hybrid of the words Gluten & Free, and it sounds better rolling off the tongue, don't you agree?  Used in gluten-free circles & households everywhere, the term G-Free became more popular when TV personality Elisabeth Hasselbeck published her book "G-Free Diet."

Gluten (from Latin gluten "glue") is a composite of the proteins gliadin and glutenin. These exist, conjoined with starch, in the endosperms of some grass-related grains, notably wheat, rye, and barley. Gluten, dried and milled to powder and added to ordinary flour dough, improves rising and increases the bread's structural stability and chewiness, the added gluten provides supplemental protein to what would otherwise be high-carbohydrate preparations. The protein content of pet foods is also enhanced by adding gluten. When cooked in broth, gluten absorbs some of the surrounding liquid (including the taste) and becomes firm to the bite, so is widely used in vegetarian, vegan and Buddhist cuisines as a meat substitute.

The "Codex Alimentarius" set of international standards for food labeling has a standard relating to the labeling of products as "gluten free", however this standard does not apply to "foods which in their normal form do not contain gluten". Gluten is used as a stabilizing agent in products like make-up, ice cream, lunch meats, and ketchup, where it may be unexpected. Products of this kind present a problem because the hidden gluten constitutes a hazard for people with Celiac disease or gluten intolerance: In the United States, at least, gluten might not be listed on the labels of such foods because the U.S Food and Drug Administration has classified gluten as GRAS (Generally recognized as safe).  Got that?  Yeah, it's a lot to take in - that's why we're here.

G-Free Foodie Guide to Products that May Contain Gluten

About Our Founder & What We're Doing: 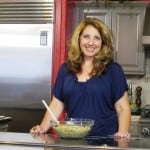 The creator of G-Free Foodie, KC Cornwell, found herself at a turning point in early 2009 after a physician suggested she may have Celiac Disease.  After enduring rounds of medical appointments and seemingly endless tests, she was diagnosed with autoimmune issues and multiple food intolerances.

Since KC's father is a fourth-generation California farmer and her mother is a phenomenal cook, it's no wonder that KC had become a self-proclaimed foodie and chosen a career path in the food & wine industries. After her diagnosis, KC created the concept for G-Free Foodie, a resource for flavorful gluten-free living.

KC can be reached in her tomato garden, in several Central California wineries, or at kc@gfreefoodie.com