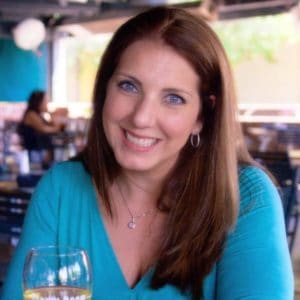 About K.C. the G-Free Foodie:

K.C. Cornwell has spent two decades as a food and wine professional, a natural progression from being raised as a farm kid in the fertile fields of Central California.  Through her consulting firm, California Pomegranate Co., K.C. works with several restaurants, wineries and food brands. She created G-Free Foodie after being diagnosed with Celiac Disease following years of unexplained illness.

K.C. develops recipes and videos for a number of clients, providing content for Whole Foods Market, California Grown, California Fig Board and several gluten-free publications. Her work has been featured on BuzzFeed, Tastemade, feedfeed, and in GFF Magazine, where she became a contributing editor.  After selling her G-Free Foodie Box Club to Love With Food in 2014, K.C. served as Love With Food’s gluten-free expert and recipe developer for over two years. She shares her expertise and zest for life at events around the country, including the Gluten-Free and Wellness events she produces for Whole Foods Market stores. K.C. appears often as a cooking and wine expert on television throughout California, is a frequent radio guest, is a regular contributor on the PBS show Valley’s Gold, and has appeared nationally on PBS and the Food Network.

She can be reached in her tomato garden, in her kitchen, or at kc@gfreefoodie.com