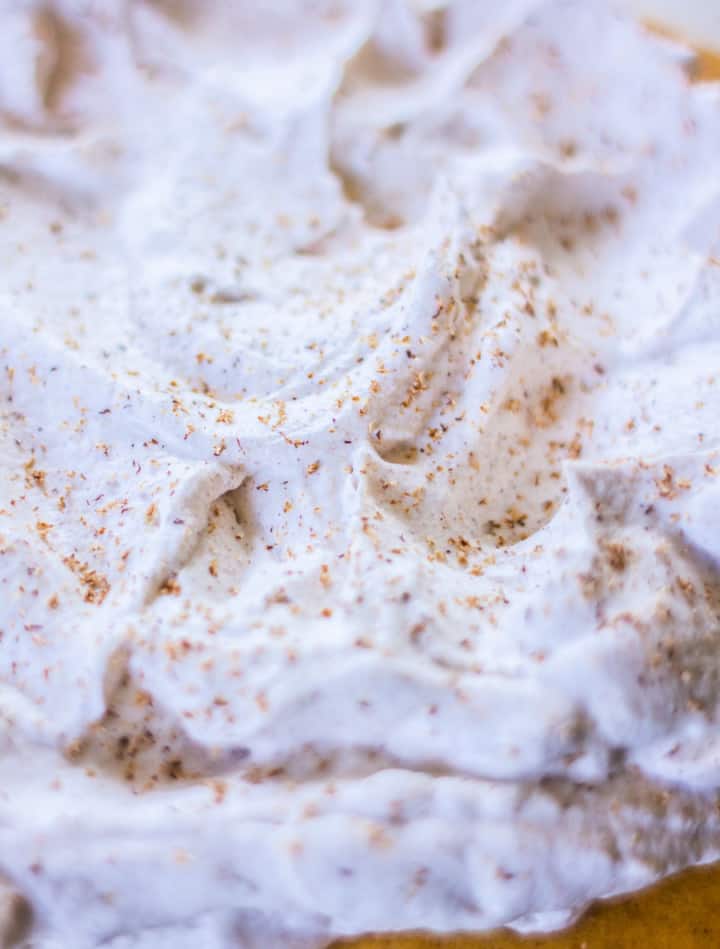 Homemade Whipped Cream - it's fabulous on everything!

DessertsRecipes & Techniques by Cooks We Love

This fluffy, delicious whipped cream recipe is laced with cinnamon + comes direct from Cupcake Wars 4x winner Kyra Bussanich of Kyra’s Bake Shop! You can make it with vanilla too.

What You Need to Make This Whipped Cream Recipe:

You can use this whipped cream recipe to top virtually any dessert - or even as a cookie sandwich filling. Try it on Kyra's Apple Crisp recipe too.

Kyra is the only entirely Gluten-Free Winner of the Food Network’s Cupcake Wars. She’s also the only person who has won 4 times! Get her cookbook, Sweet Cravings, here. It’s my favorite gluten-free dessert cookbook. (I’m not just saying that because she’s my friend. Swear!) 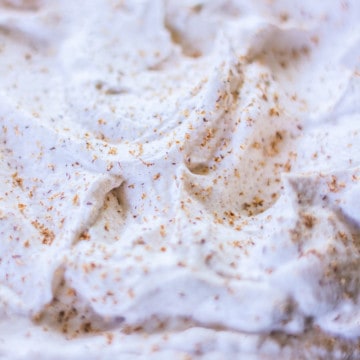 Refrigerate in a sealed container for up to two days for maximum freshness.

This Gluten-Free Angel Food Cake is fluffy as a cloud - a perfect match for whipped cream!

What is the secret to whipping cream?

Using a cold bowl and cold cream is critical, and stabilizing the whipped cream with confectioners sugar or cream of tartar.

How do you make rich whipped cream?

Use cold heavy cream and whip it with just enough powdered sugar to stabilize it.

Which beater is best for whipping cream?

The whisk attachment of a standing mixer or hand mixer is the best options for fluffy, stable homemade whipped cream.

How long do you whip cream for?

For topping cakes, pies or cheesecake, whip the cream until it is thick and fluffy. For topping ice cream, coca or general use, whip until soft peaks form.

What is whipped cream made of?

Whipped cream is made of heavy cream, confectioners sugar, and flavorings like vanilla or cinnamon.

Yes, you can make whipped cream from canned coconut cream.