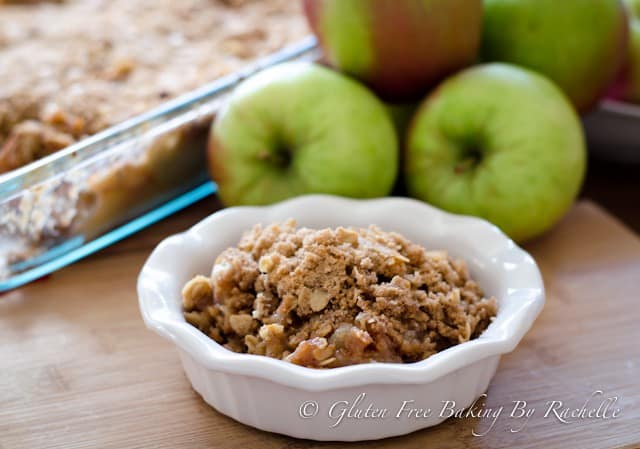 This simple gluten-free apple crisp from Rachelle of Footloose and Gluten Free will have people thinking you spent hours preparing. We won't tell anyone...

Jump to Recipe Print Recipe
This time of the year brings a plethora of fruits and vegetables and one of our very favorites is apples.
I love to make applesauce, pies, cakes, and this very yummy gluten-free apple crisp.  Every time I make a dessert like this I truly believe it makes my children come out of the wood work.  We have four kids and two are grown and moved out and still have two at home.  I make this recipe in a 9×13 pan which I thought was going to allow me some leftovers, boy was I ever wrong.  I will be making another one ASAP because everyone liked it so much.  The family was so excited about this crisp that every time I turned around they were asking, can we have some yet? This is a simple recipe people will think you spent hours preparing, a dollop of whipping cream or vanilla ice cream is a wonderful tasty accent. 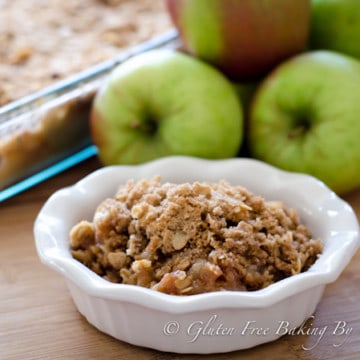