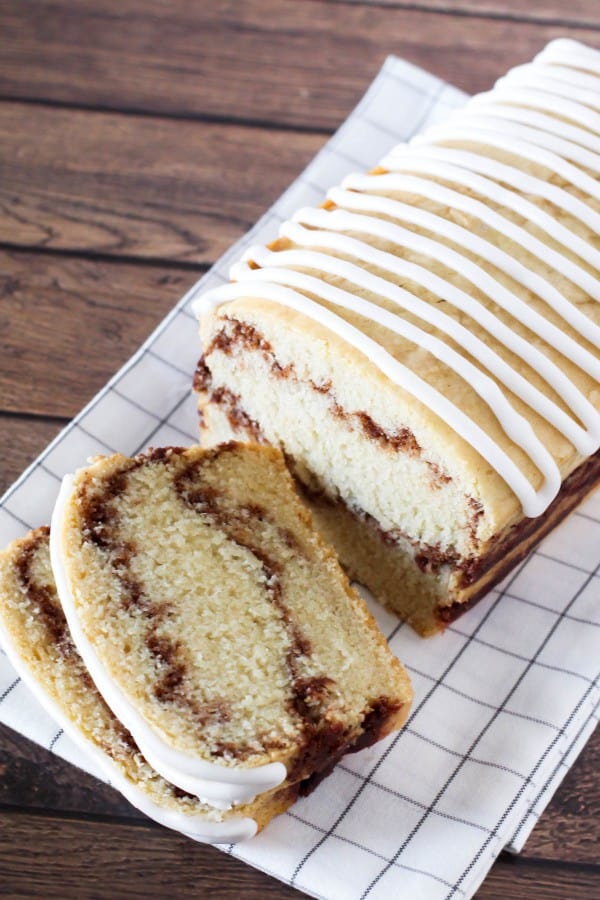 I could easily enjoy a slice of this Cinnamon Swirl Bread every morning of every day! Now, if only someone would come to my house and bake it for me. This mama ain't got no time for that.

Mornings in my house are always a little crazy. My husband leaves early for work so it’s always just me and the kids. Getting them fed, making sure they are dressed, packing snacks and lunches. It's total chaos and exhausting. I come home from dropping them off and all I want to do is sit down and have my cup of coffee. A cup of coffee with almond milk and a slice of this Cinnamon Swirl Quick Bread.

This gluten free vegan Cinnamon Swirl Bread, with that lovely vanilla glaze, may even qualify as cake. I’m going to stick with calling it bread so I don’t feel as guilty about eating 2 slices! It’s such a soft, light, sweet bread, with layers of cinnamon sugar throughout. The sugar even gets a little caramelized as it bakes. So good. My family raved over this new recipe and I think yours will too. 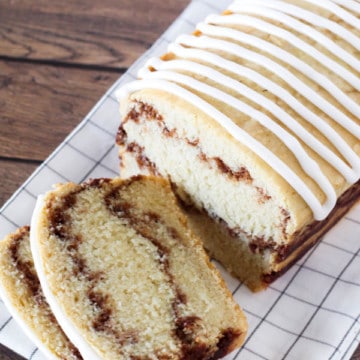 Add raisins to the cinnamon mixture if you'd like!