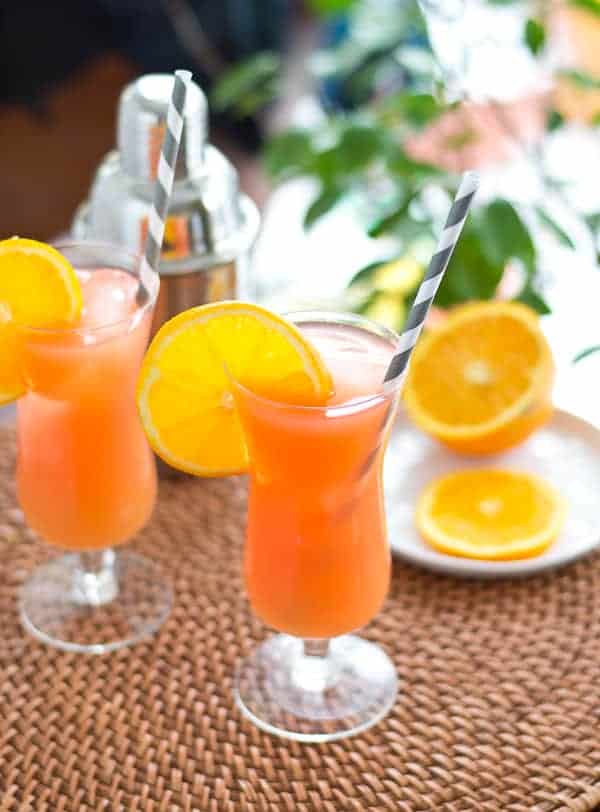 This hurricanes recipe is sweet, fruity, and not overwhelming in its rummy-ness. Don't worry, it's still enough to get you tipsy – that’s the point, right?

Happy Mardi Gras, everyone! Is anyone doing anything fun? In a perfect world, I would be down in New Orleans right now, stuffing my face with fried, powdered sugar-covered beignets, drinking like a fish, and enjoying 60-degree weather. Instead, however, I’m sipping a healthy green smoothie, glaring out the window at the giant muddy snow piles on the sidewalks, and wishing it weren’t 22 degrees outside. Things could be worse…but they could also be way better, ya know?

My original plan for my Mardi Gras post was to make Nutella-stuffed beignets. I found this great recipe online, and was actually looking forward to working with yeast again (excuse to break out my awesome wedding-gifted stand mixer). But then it snowed a bunch, and we had a snow day, and naps happened, and I had to help Dan shovel the car out of our parking spot, so…I scrapped the beignet idea and made Hurricanes and Irish Nachos instead (recipe forthcoming). Healthy living, that’s our motto. Until yesterday, all I knew about Hurricanes was that my friends Brad/Amy love them (and regularly drink their body weight in them whenever they’re in New Orleans) and that they are super strong. I ordered one once during brunch at our favorite Cajun seafood place, but the first sip was basically 95% rum, which was just a little overwhelming for 11am, so I quietly pushed my drink to one side and ignored it for the rest of the meal (which was delicious…mmm, shrimp). Not a great introduction to the cocktail but, given Brad and Amy’s ringing endorsements, I was willing to give Hurricanes another shot. And I’m so glad I did! I made this hurricanes recipe after our snow-shoveling adventures yesterday afternoon, and I don’t know if it was the physical exertion/wintry chill or the fact that I was able to control the amount of rum that went into each drink, but…they absolutely delicious. Sweet, fruity, and not at all overwhelming in its rummy-ness. Of course, there was still enough booze in each drink to make us almost immediately tipsy, but hey – that’s kinda sorta the point, right? 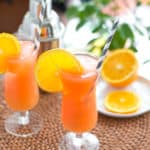 Article courtesy of: Tina, Just Putzing Around the Kitchen