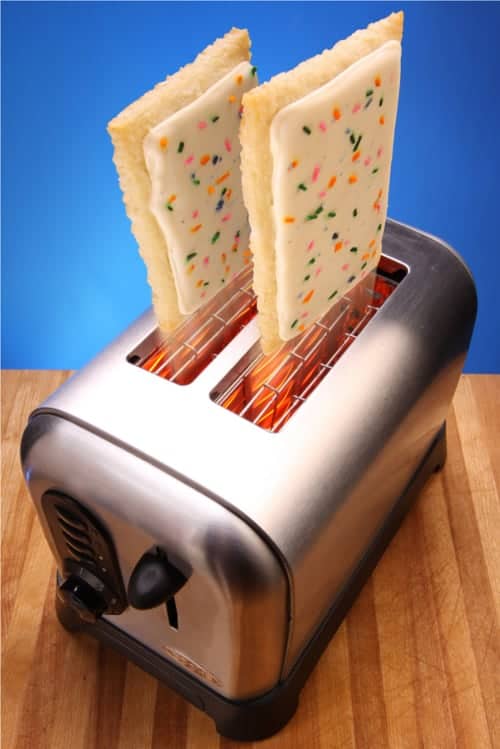 These homemade Pop-Tarts take a little work but are more than worth it - and they taste even better than the storebought ones you know and love.

Recipe and article courtesy of  Stella Parks, Bravetart. Check out her cookbook: BraveTart: Iconic American Desserts. The recipes in Stella's book aren't gluten-free, but they provide lots of ideas for converting to GF!

Yeah. I went to culinary school. I trained in classic French technique. I can temper chocolate, laminate dough, pipe rows of perfect macarons, and make breads with my own wild-caught yeast. But my highest achievement? Homemade Pop-Tarts.

So understand me. I have no illusions of grandeur here. I didn’t want to make a better Pop-Tart, I just wanted to make a Pop-Tart, fit for the cover of my own make believe Pop-Tart Box.

If you're ready to make your own Pop-Tarts too, here's the recipe, complete with gluten-free option!

Check out these Pumpkin Butter Gluten-Free Toaster Strudels too!

To make these Pop-Tarts gluten-free: Stella uses a blend of: 8 ounces rice flour, 1 ounce kinako, and 1 ounce buckwheat flour. Our team has also tested the recipe with a all-purpose gluten-free flour blend with gum-free binder added with good results. 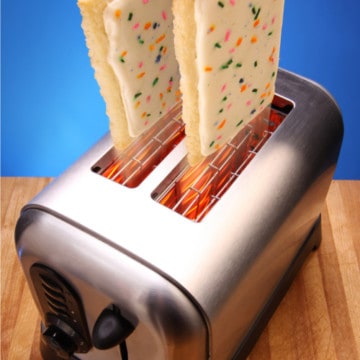 Stella, Bravetart
These homemade Pop-Tarts take a little work but are more than worth it - and they taste even better than the storebought ones you know and love.
5 from 2 votes
Print Recipe Pin Recipe
Prep Time 1 hr 30 mins
Cook Time 20 mins
Course Dessert, Snack
Cuisine American
Servings 12 tarts
Calories 358 kcal

Rolling out the dough

You can re-warm these homemade Pop-Tarts in a toaster, but for only 10 seconds or so on the lowest setting. Too long in the toaster renders them strangely limp. Consider yourself warned.