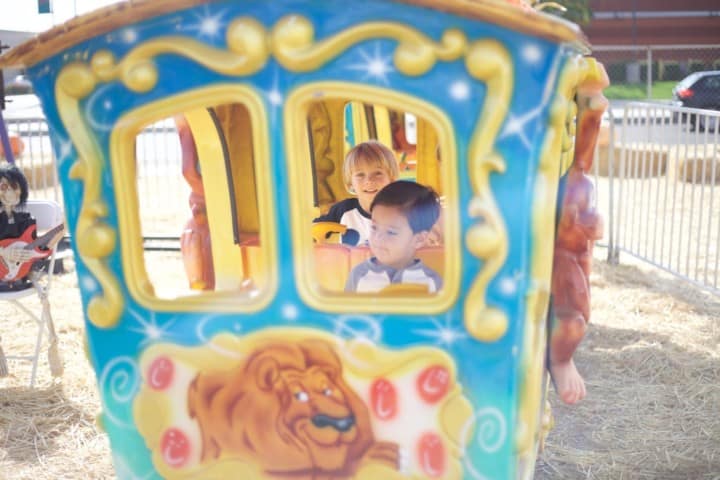 Time is a school where we go to learn. It heals, sometimes. And drags sometimes. That same time gives us whiplash it goes so fast. And makes us into the me we were always meant to be.

I used to love to watch the directors commentary on my favorite DVDs. I found them as riveting as the movie itself. I wanted to know all the things. Why the director chose that particular shot. What happened right before that scene. The funny thing the actor did during a take that didn't make the final cut. All the details on the reasoning and process, as well as the emotions that glued it all together. The behind the scenes is my favorite perspective. I recently realized I liked those commentaries so much because that's how I live my life. I share my feelings on why I think this way. How I really feel about things. What makes me feel scared or intimidated. What I first felt when I met you. Questions, thoughts, ideas I have flow out, without question. And that's how I get to know people too. Let's put the bullshit aside and just be human together- k?

But some days it feels naked. To be constantly sharing the directors commentary when everyone else just shares the finished and edited DVD.

The other day I told my friend, Wendy- "Ugh- I'm stuck on a loop over something I said. Do I really need to share every thought I have right when I have it?" (And yes, I do this a lot). (And yes, I then perseverate over doing it for a day or two.)

She responded instantly and clearly, "Really, is there any other way to live?" She posed it like a question but I knew she meant it as a statement. And I remembered it's all OK, and this here is EXACTLY how I need to live because it's what I love about others, so that must mean something. "Thanks for giving me permission to be myself", I told her. It's truly the best gift to give and get.

Telling our own truths is so freeing. I don't do well bottled up. My blessing and my curse. Here I am- all of it- that is how I do life. And I let my truths scatter to the ground like marbles. Shooting in too many directions to pay attention to. Too many to gather up and put the same again- just out there. And most of the world has their marbles kept nicely in a bag. They keep their marbles private. Everyone has their struggle, we say, which is true. But most people keep them hidden. And if that's what feels right- well then, that's ok too.

A couple of months ago I was chatting with my girlfriends on our annual weekend getaway girl trip. Laughing and eating and shopping with my village. Somehow we started talking about how often as women, we are conditioned to be fine, to accept what we get and to not complain. God made me this unique combination of a deep need to tell the truth, to speak freely and directly even when it's uncomfortable, but by all means- to not be confrontational at all. Which is sometimes impossible, so I end up crossing some of my own lines. It creates a tsunami of anxiety inside me- when I either ignore my voice, or when I feel like I'm being too much. So what am I to do when my opinion is in fact- not status quo? Status quo was my bar, which isn't low. But isn't great. Don't stand out, for good or for bad it whispers. Sometimes I'm just so tired of all the rules.

I remember a massage I had, back when Greyson was a new baby. I was nursing and squishy and hormonal and my body ached and I let the masseuse know. She had the perfect plan, she claimed. She had me flip over with my back against the table, and she pulled the sheet down to expose my stomach. My whole body tensed- what in the hell is she doing?!, I wondered. It was traumatic. I put my hands over my exposed, large, leaky floppy super asymmetrical boobs. She gave me a tiny hand towel to cover my parts and she started to massage my stomach and rib area to help everything move back to where it was supposed to be after pregnancy. I was horrified. And not relaxed. The opposite in fact- HIGH ALERT- what the hell is she doing?! My fists were clenched and my heart pounded.

And do you know what I did? I just laid there. And for at least ten that felt like a million minutes she rubbed my stomach. And when the massage was over, I thanked her, and said- Yes, that was great when she asked, "How was it?" And then I tipped her- the same I would tip someone who was good. What the hell is that? Where does that come from? There's a fine line between being laid back and flexible and stuffing your truth down deep inside.

I see this so often with women. She goes from figuring herself out- to talking care of others. Maybe a boyfriend or girlfriend. Maybe a job. Maybe children. Maybe marriage. We pour it all in, until we don't know quite who we are anymore.

It's so easy to forget who we are. And instead, present to the world- who we think we were SUPPOSED to become. We present who we think "they" expect us to be. And often times, the self we are and the self we project are not even close to being the same person. We split ourself right down the middle, and it hurts. And we may just keep doing it so much that we truly don't know what we like anymore. We don't know if we like tomatoes. We don't know who we are anymore. We think we are not allowed to not be fine.  Or, if it happens to us too young- we really stop having opinions and dreams and wants all together.

That kind of friction leaves a mark. Where we are either constantly pained and silenced. We wait for that cue from society to give us permission to feel and think and do and be.

But really, we are so much more than who we think we are supposed to be. I adore the people who unapologetically wear their personality on their sleeves. People who admit that they have their shit- but they own it. People who express their truest thoughts, fears, stories and hope- KINDLY.

The bigger the divide between our social self and our real true self - the harder life becomes. The more we tell our self that our real self is not worthy of the world. They are not right. They are too screwed up. Maybe they cuss too much. Perhaps we feel they are just too flawed. So we start to create this parallel existence, creating a person who isn't too much, or who is just enough. Someone less complicated, or more creative, or gets everything right and doesn't ask for help.

The only thing harder than being yourself, is pretending to be someone else. Someone who you faultily assume is better, and more appropriate for the world. It's really hard to pretend to be who you are pretending to be. And whomever that is- I guarantee they suck compared to you. I know, because I often try to be a quieter, less curious, less intense, less expressive, more together version of myself. I am exceptionally awful at it. As I grow up, I am learning my true voice. Boy is it scary to use it sometimes. And every day I just show up and and do me. And me is very inquisitive and talks too much and often mistakenly says things out loud that apparently the rest of the world already knows you are just supposed to think.

We are concentrated, in a land where most become diluted. We must not become diluted. What a waste of the glory of who we were meant to be. And all the traits we possess define us, guide us, keep us real. We have nothing to hide, nothing to prove. So many life experiences went into the way we are now, some painful, some beautiful, most in between. Our story is what makes us great. And so often, the things we may see as flaws are things that others love most about us. We are beautiful, just the way we are. I don't know about you, but I'm trying desperately to love myself they way I am. Even if she doesn't always speak her mind. Even if she always speaks her heart.

One of my favorite quotes, ever...

And I'll leave you with a few pictures of Greyson and Parker at the Pumpkin Patch last weekend. They are my role models for being amazing at being exactly who they are. Kids are amazing that way- until the world jumps in and tells them otherwise.

Thanks for sharing this space with me. I love you exactly the way you are.

« Road to Wellness: Shake It Up
Eating GF Brownies for my Health. »