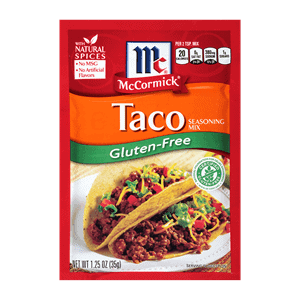 The facts about Gluten-Free Food Labels

Celiac.com 01/30/2012 - Over the last decade, many companies are adding labels to their products like: "gluten-free," "low gluten," "no gluten," "no gluten ingredients used," "naturally gluten-free" and "celiac friendly."  To many celiacs and individuals with gluten intolerance, the idea of companies labeling products without gluten is refreshing.  To experts on celiac disease and gluten intolerance, the gluten labeling currently happening in the United States is frightening.

United States versus Other Countries' Gluten Free Labeling Laws
Many countries diligently regulate gluten-free labeling.  A few months ago, an exchange student from Italy stopped by our Gluten Free Specialty Market and told me that she was horrified by the gluten-free labeling laws in the United States.  For the first time in her life, she was being contaminated by products that weren’t safe for her to eat.  After purchasing bakery products that were manufactured in a non-dedicated gluten-free environment, she became deathly ill for more than a week and told me she was only just starting to feel like she could travel more than a few steps from the nearest restroom.  “I’m afraid to eat anywhere,” she told me, “Every time I eat out in this country, I get sick.  I can’t wait to be home where I don’t have to worry like this.”

This is not the first or even the 100th time I’ve heard a story like this.  For 4 years, I have heard story after story of individuals eating what appeared to be a ‘gluten-free’ product and getting violently ill.  So what does gluten-free mean?

Common Mistakes Made by Product Manufacturers
While product manufacturers are trying to produce safe products, mistakes are often made.  Most mistakes occur due to lack of education regarding what "gluten-free" really means and what it takes to prevent cross-contamination.

The Product is Gluten-Free Enough for Me
Many gluten free products are created by individuals that have celiac disease, gluten intolerance or a gluten allergy.  Many of these products are made to be safe enough for the individual that made the product.  This is a problem because, experts like Dr. Alessio Fasano from the Stanford Celiac Center, estimate that only 1% of the population diagnosed with celiac disease is aware that they are being contaminated.  In other words, contamination may be affecting the health of an individual with celiac, even when they are not experiencing blatant symptoms.

Example 1:
A brownie company produced their product in a facility that also produced regular gluten products.  The company is asked if they test their products for gluten, and they answer, "no, we don’t need to.  If the product wasn’t gluten-free someone would have let us know by now.  We’ve been in business for 4 years."

Example 2:
A pie company reports that their product is "celiac safe," and the company reports that they use a flour that tests above the safe range of 20ppm and the pies are made in a facility that produces gluten.  Research presented by the Celiac Sprue Association has shown that facilities that use gluten flours generally create products that contain gluten.

Heterogeneous Mixtures Versus Homogeneous Mixtures
This problem sometimes happens when gluten-free companies are trying to keep the price down on their products.  Flours produced in facilities that produce gluten are often times cheaper than flours produced in dedicated facilities and tested on import and export.  Companies often believe that when you mix one flour that’s above 20ppm with another flour that’s non-detectable at 5 or 10ppm, then the outcome of the flour blend will be below 20ppm.  This is not true because flour mixtures are not homogenous, they are heterogenous.  In other words, if you have a chocolate chip size morsel of gluten in one bag of flour, even if you mix it with a another flour that doesn’t have any gluten in it, the morsel of gluten still exists.  Therefore, the flour is not gluten-free.

Example 1:
Customers were reporting contamination after consuming a specific product from a gluten-free bakery.  The facility was visited and it was found that both flours and corn meal were being made in facilities that produce gluten.  Additionally, those facilities had reported that their flours routinely test above the safety zone of 20ppm.  When the bakery was questioned about the flours, it was reported that they knew that some of their flours were above 20ppm but they didn’t use very much of them in the flour blend so it shouldn’t matter.

If a Product Contains Gluten, it Contains Gluten
If you put gluten in a product, it contains gluten.  If your tests show results below 20ppm, they (1) might be read or performed inaccurately, (2) multiple samples could result in discrepancies (in other words, some samples may show higher than 20ppm and others lower).

Example:
A barbecue sauce has gluten as an ingredient and states "gluten free*" on their product label.  At the bottom of the label the product states: "*tested below 20ppm for gluten."  Though the end product might test as non-detectable, the product still contains gluten and should not be labeled gluten free.

Manufacturer Produces Gluten, but the Product has "No Gluten Ingredients Used" on the Label
Many manufacturers produce both gluten-containing and non-gluten containing products in their facilities.  When a product is produced on machinery that produces gluten or in a facility that has flour dust in the air, the product should be tested for its gluten status before it is labeled gluten-free.

Example 1:
A clam chowder company labels it’s product as gluten-free and reports that the soup is gluten-free.  Then later reports that wheat flour is used in other soups they make and that there is no allergen sterilization that occurs between the soup with wheat flour and the clam chowder without wheat flour.  The company does not test for gluten status, but decides to label their soups as gluten free anyway.  It is very possible that the soup will not test below 20ppm.

Example 2:
A flour company produces flours that appear to be gluten-free, but the flours are made in a facility that produces gluten-containing flours and are produced on equipment  with gluten and exposed to gluten flour dust from the air.  To cut back on the amount of gluten in their product, the company throws away the initial batches of flour and only keeps later batches.  The later batches on average test around 30-35ppm.  The flour is not labeled as gluten-free, nor does it state on the label made in a facility that produces gluten.

Labeling Mishaps
Lawyers often recommend that products not be recalled even when a gluten-free labeled product is determined to contain gluten.

Example 1:
Wellshire Farms products were sold with a gluten-free label despite having tests showing a ppm reading far above 20ppm.

Example 2:
A chocolate fitness bar was certified to be below 20ppm.  The ingredients changed and wheat starch was added instead of corn starch.  The starch was listed on the ingredients as “starch” and the product was labeled as “gluten-free” and noted to be tested below 20ppm.

Example 2:
To protect their consumers, Kettle Cuisine soups tests "naturally gluten-free" ingredients before using them in their manufactured products.  More than once their cumin and coriander tested above 20ppm, and Morjoram tested above 5ppm.  As a side note the company reports that they have had no problems with their current supplier of organic spices.  So far, the organic spices have been consistently testing below 5ppm.  Like many companies attempting the safest standards possible for their customers, Kettle cuisine requires that both the ingredients going into their product and the final product test below 5ppm.  This allows even the most sensitive of gluten reactors to feel safe consuming their products.

Many gluten-free product manufacturers regularly test their ingredients for gluten status.  Naturally gluten-free products that should always be double checked for their parts per million (ppm) status include: vinegar, chia seed, hemp seed, oats, buckwheat, spices, produce stored with flour, flours or grains made in a facility producing gluten, B vitamins, E vitamins, modified food starch (should be listed as wheat if from wheat, but this doesn’t always happen).

Offering Safe Gluten-Free Options to the Community
At the Gluten Free Specialty Market in Sacramento, California we work hard to educate the community and manufacturing companies regarding the need for safe products.  Local companies often ask us for information on how to provide safe gluten-free options.  Nachez, a dairy free and vegan Nacho cheese sauce, contacted us last year while setting up the manufacturing of their cheese sauce.  After speaking with us, it was decided that the product would be produced by a company that regularly batch tests the product to be below 20ppm.  It is very empowering to feel like we, as a market, are activists for the health and wellness of our customers.

In the past four years we have learned vast amounts of information on the manufacturing of gluten-free products throughout the United States.  In 2012, we hope to press local legislators to help us do this by creating a gluten-free labeling standard for California.  We hope that if the FDA doesn’t pass a gluten-free labeling law in the next year, California will pass a state law to help protect us.  In the meantime, we continue to drill gluten-free manufacturers on their products and do our best to provide the safest gluten-free options to our customers.