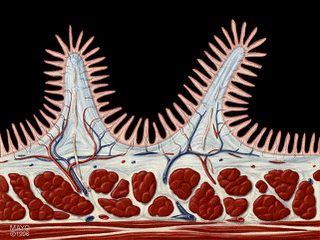 Wondering what Celiac Disease is? Dr. Wangen can help.

What is Celiac disease? It's an autoimmune issue caused by the body's intolerance to gluten. Dr. Wangen explains Celiac and how to treat it.

If you're looking for info on celiac disease vs. other types of gluten intolerance, read this article from Dr. Wangen.

What is celiac disease?

While many people may have never heard of celiac disease, it is actually a fairly common problem. In fact, 1 out of every 133 people has it. That is over 2 million people in this country. It is really more of an allergy than a disease, although it is typically called an intolerance to gluten.

Gluten is a protein found in wheat, barley, rye, spelt, kamut, triticale, and couscous. People who have celiac disease cannot eat any foods made out of these flours. Gluten is the thing that makes bread, well, bread. It allows bread to rise and keeps it together with lots of nice little air pockets, making your bread light and spongy. Without gluten it is difficult to make bread that is not heavy and dense. Find a list of ingredients names for gluten here.

What are the symptoms of celiac disease?

The symptoms vary widely. Celiac disease is typically thought of as a condition that causes
diarrhea, abdominal pain, gas and bloating. However, many people do not experience these symptoms at all. They may experience constipation, weight gain, fatigue, headaches, heartburn, skin problems such as eczema and acne, or any number of health problems.

What exactly happens to the body in celiac disease?

In people with celiac disease, eating gluten leads to damage of the small intestine. Damage is specifically done to the villi of the small intestine. Villi are tiny finger-like extensions of the surface of the intestinal tract. They can only be seen under a microscope. In celiac disease the villi are in essence worn down, or blunted. This is known as villous atrophy. It’s something like the difference between holding your hand open with your fingers out, and having your hand clenched into a fist. The fist represents the blunted villi.

Why does this happen?

In people with celiac disease, their immune system is triggered by gluten to not only attack gluten, but to attack their own intestinal tract. This leads to villous atrophy. It is not known exactly why this happens, but it appears to be a genetic response to gluten.

How is it celiac diagnosed?

Celiac disease is diagnosed by measuring the damage to the small intestine. The presence of villous atrophy can be determined by a biopsy taken during an endoscopy (a procedure to scope your esophagus, stomach and the upper part of your small intestine) and seen under the microscope. The blood test for tissue transglutaminase antibodies has also been shown in scientific studies to be equally effective at determining whether or not there is villous atrophy.

Endomysial antibodies and reticulin antibodies are older blood tests that are not as reliable as the transglutaminase antibody, but if these tests are positive then they are also diagnostic for celiac disease.

What is the treatment for celiac disease?

The treatment for celiac disease is to stop eating gluten. That is easier said than done, but many thousands of people find that they are capable of completely removing gluten from their diet. Of course, it does take conscious effort. Gluten is found in almost all bread products, pastas, soy sauce, and many, many processed foods. However, there are many companies now producing gluten free alternatives, and more are coming out every month.

What is the long term outcome for people with celiac disease?

Fortunately, removing gluten from the diet usually reverses the damage that had already been caused. Significant improvement is usually noticed within weeks if not days, and continued improvement and healing may go on for 1-2 years.

For more information on exactly how we assess and treat digestive problems please visit IBSTreatmentCenter.com.

« Appetite for Awareness Participants to Battle on “Iron Chef America”
Four-Year-Olds and Blood Tests, the Trials of a Celiac Mommy! »