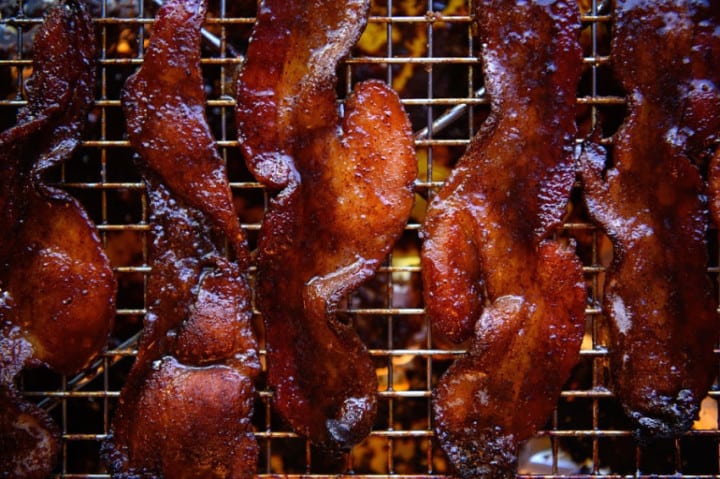 Coffee + Bacon + Brown Sugar + a dash of spice? How could anyone not love this?

I ended up creating this Espresso Candied Bacon recipe for my friend Brandy, who was having a bacon crisis. Turns out that's a thing. You should try it, because it's ridiculously good. And almost as ridiculous as a bacon crisis. 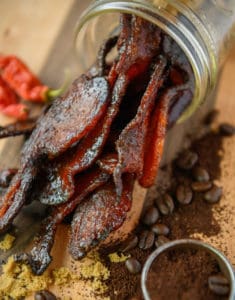 My friend Brandy sent a a semi-desperate text a few weeks ago, with Alison from A Girl Defloured and me on the receiving end.

When I inquired as to why, she responded:

Obviously. Why didn't I guess that?

Brandy is a great cook, because she's great at following recipes. (She makes the best Pad Thai ever, from a recipe I sent her that she tweaked a bit.) So it made sense that she was hitting up her recipe-developing friends, because this wasn't one she wanted to fly solo on. I looked in the fridge: Wellshire Farms Applewood Bacon stared back at me. So I went to work, measuring Espresso Powder (I like King Arthur brand, this is NOT the same thing as ground espresso, don't do that to yourself) and brown sugar got measured into a bowl, and I whipped out some candied bacon in no time flat. It was beautiful when it came out of the oven, and tasty too - but not good enough for Brandy to take to a party.

It needed a kick. I hit up the spice rack: California chili powder. Yup. That's what it needed.

I made a new batch, we ate it all, and I texted Brandy back with her custom-created Kevin Bacon party recipe.

They loved it. Of course they did. <3

About Gluten In Bacon:

You'll see me (and other recipe developers) call for "gluten-free bacon" in our recipes. Then someone will ask if there's actually gluten in bacon. The answer is: sometimes, yes, there is.

Regular bacon is made from pork belly, spices, sugar and nitrates. Those ingredients, by themselves, are GF. However, some manufacturers add starches, fillers, or flavors that can contain gluten (like soy sauce). I've found that turkey bacon sometimes has gluten because there's fillers and flavors added. So, it;s best to purchase bacon that is labeled gluten-free. My favorite brands are Wellshire Farms, Applegate & Hormel. You can also find nitrate-free bacon and sugar-free "Paleo" bacon, which are often labeled gluten-free as well.

One more gluten-in-bacon note: bacon at buffets is often laid on slices of bread to soak up the grease. Buffets can also be cross-contaminated with gluten in the kitchen or with shared serving utensils.

OK, you're ready to make gluten-free Espresso Candied Bacon! When you make a batch, snap a photo and tag me @gfreefoodie so I can see you bacon goodness. Try these Sweet & Salty Candied Bacon Bites too. And for my meal-prep fans, check out this Sheet Pan Chicken Thighs with Bacon recipe. 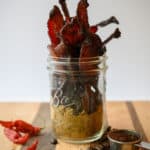 Cut the bacon strips in half or into squares for an appetizer.

Photos by Alycia Moreno, who is now a fan of candied bacon. She already liked Kevin Bacon.

Housewarming gift? Teacher thank you? Snack-in-a-jar? You be the judge. 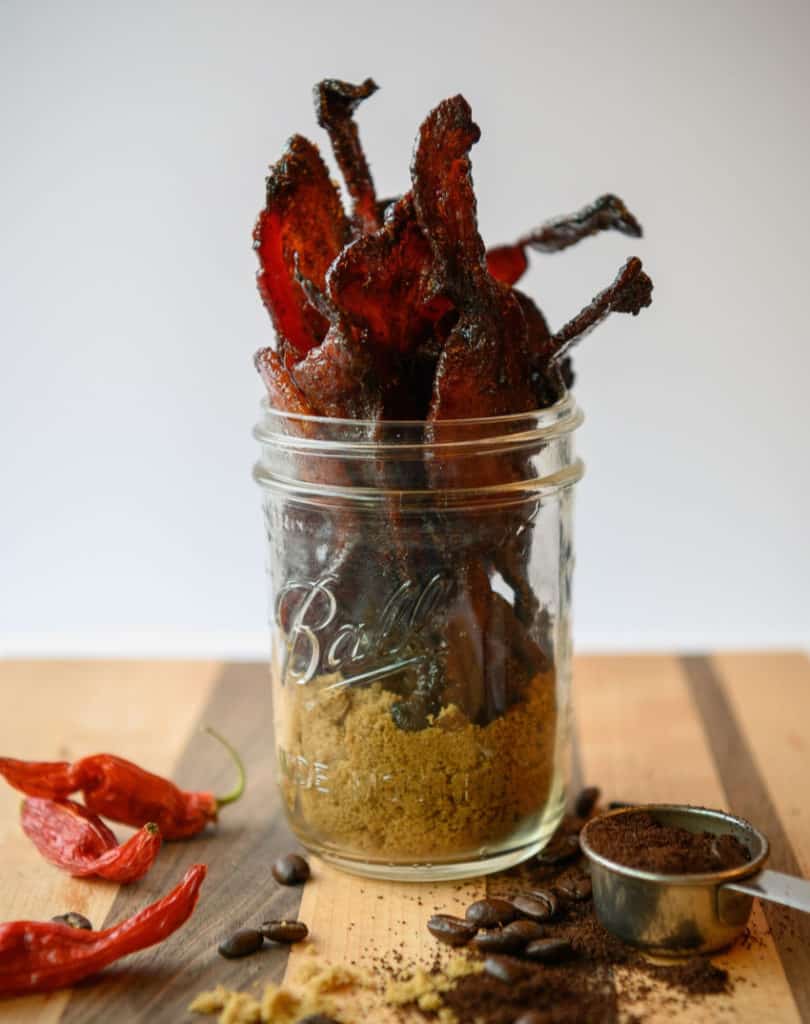