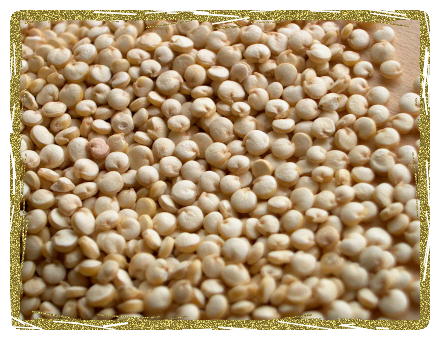 You probably know that quinoa is good for you, but did you know that it is great for you? With the many health benefits it provides, it could even be argued that it belongs in the “superfood” category. Quinoa is not a grain, but is actually a species of grass native to South America. Typically only the seeds of the plant are eaten. This relative of spinach and beets would be a part of any healthy diet, and especially a gluten-free diet. Quinoa is naturally gluten-free, but provides similar, and in many cases superior, nutritional content to that of wheat.

Quinoa is best known for its high protein content. But an important concept to keep in mind when it comes to protein is that like with so much in life, it’s about quality over quantity. Not only is quinoa high in protein, the protein it does have is of high enough nutritional quality for it to be considered a complete protein. A complete protein is one with the right mix of amino acids (protein’s building blocks) to provide adequate nutrition to humans. Complete proteins are almost always limited to only animal products (meat and dairy) or combinations of food sources (rice and beans). Unlike many plants and grains such as rice and wheat, quinoa is high in the amino acid lysine and this is mostly to account for its having superior protein quality to that of other plant sources.

But (insert annoying late-night infomercial voice dripping in faked enthusiasm), that’s not all. Quinoa is also a good source of fiber, a nutrient that is lacking in many gluten-free diets.  Additionally, Celiac disease and gluten intolerance can cause poor iron absorption, but don’t worry because quinoa is high in iron. Oh, and what about the mineral magnesium, implicated in cardiovascular health? Quinoa’s got plenty of that too. Quinoa also scores a 53 on the glycemic index scale, meaning it has a low, and what is considered to be healthy, impact on blood sugar levels. No wonder it was one of the ancient Incas sacred plants (the potato and coca plant are also on that list).

As we can see, there really is no reason that anyone should even be reading this far into article without having already jumped in the car and ran down to the store to buy some quinoa. It has a unique and mild flavor and texture, simultaneously a little bit nutty, chewy, creamy, crisp, and soft. Easy to cook, quinoa is definitely a versatile ingredient, lending itself well to many different preparations and applications. And we have seen that nutritionally it is absolutely a superstar, and is a perfect food for anyone including those following a gluten-free diet. In fact, if you ever have the misfortune of being banished to a deserted island and allowed an unlimited quantity of only one food in order to sustain you as long as possible, quinoa would be a pretty good choice. Maybe not as fun as, say, Mike and Ike’s or Ben and Jerry’s Cherry Garcia ice cream, but definitely a wiser choice. Other good choices include breast milk and salmon, but we’ll save those for another time. Ok, thanks for finishing reading. Now go buy some quinoa.