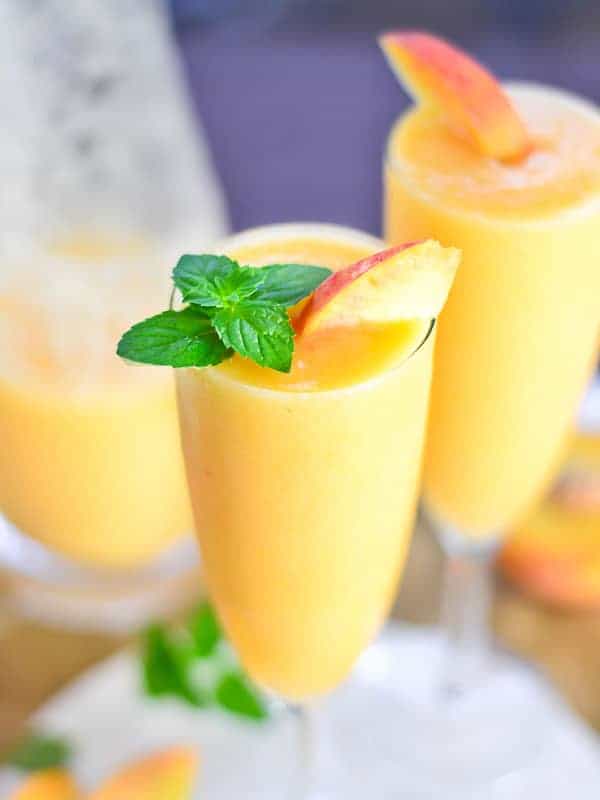 A creamy, dairy-free Peach Daiquiri recipe? We are all in!

BeveragesRecipes & Techniques by Cooks We Love

Now that the summer solstice has come and gone, summer is well and truly upon us. Which means…it’s hot. Not quite as hot as it was this time last year, but still plenty sticky and gross. And, now that school is out for the summer, DC is flooded with tourists, which I’m convinced makes the city feel hotter. Cuz, you know, more warm bodies crowded into one place, sucking up all the cool air…maybe? All I know is that it was 91 degrees and humid today, and my metro ride home (which was packed), was just god awful. Even with the AC on, it felt like the inside of a sauna.  By the time I got off at my stop, ribbons of sweat were literally streaming down my back, out of my armpits, and down the backs of my legs. I don’t think I smelled funky, but who can be sure? Thank god my dress was dark enough to hide the sweat stains… Gross, right? Anyway. The point is, it was super hot, and by the time I got home all I wanted was an ice cold beverage. A whole bunch of them, actually. To hell with food for dinner – gimme something fruity and blended. With lots of ice. Preferably with rum in it. You know what I mean? Hope you weren’t hoping for a home-cooked meal tonight, Dan – not gonna happen, sorry! Just kidding…he likes my fruity cocktails for dinner too. I think it’s because I’m so liberal with my pouring. It’s amazingly easy to forget about silly things like complete, well-balanced meals when you’re happily buzzed on the couch.

So to take the edge off this heat, I made us a big pitcher of these Peach Coolers, which (in case you were wondering) is not the same as a wine cooler. The recipe is actually a lot like the recipe for a daiquiri, except there’s coconut milk involved. I got the idea after seeing Pizzazzerie’s post on Pineapple Coolers, which looked awesomely refreshing. My original plan was to make an extra tropical version using frozen papaya, mango and pineapple chunks, but when I got home I discovered that I had none of those things in the freezer. I did, however, have frozen peaches. So…here we are now, talking about Peach Coolers.

Peach Coolers, as it turns out, do actually taste a lot like peach daiquiris. There’s a faint hint of coconut on the back end, but mostly they just taste like peaches and rum. I love peaches, and I love rum, but I think the next time I make these I’m going to use a little more coconut milk and throw in some different fruits for more interesting, well-rounded flavor. Still, this peachy drink was pretty delicious, and it hit the spot in a big way. After quickly gulping down one glass, I swear I felt my body temperature drop like 10 degrees. After two glasses, I started feeling nice and loose. And, after three glasses, I didn’t mind it when Dan took the remote away from me instead of letting me watch a billion more Key & Peele episodes. So, you know, that’s a good drink. Speaking of good drinks, there’s been a lot to choose from! Try these: 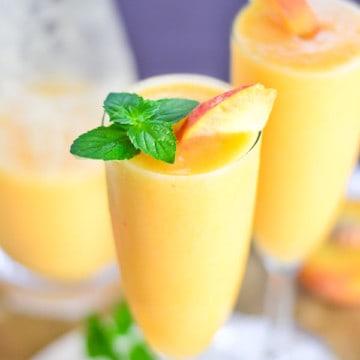 For best flavor, slice and freeze your own fresh peaches!

(Inspired by and adapted from Pizzazzerie’s recipe)