Note to our G-Free Foodie readers: Taylor blogged about this last April but we'd like to introduce him to you and this is a great story! 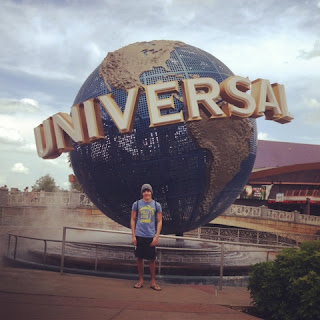 On April 21st, 2013, I finally turned 16 years old after what seemed to be one of the most crazy years of my life. I moved from Ohio to Florida, started my GlutenAway blog, and continued to battle the many difficult things I deal with each day with my Adrenal Disorder. Even though this was one of the craziest years of my life, it was by far one of the most fun years and one of the happiest years of my life so far. All the great people I've connected with, (Which I named a few in my 100th post), and all the great things I have been able to do with my blog honestly couldn't make me feel any happier. So, how did I want to end my year of being 15? Universal Studios in Orlando Florida was one of the coolest places I could of picked. But this wasn't just any normal birthday experience, it was filled with tons of things I would of never expected that you can read more about below. 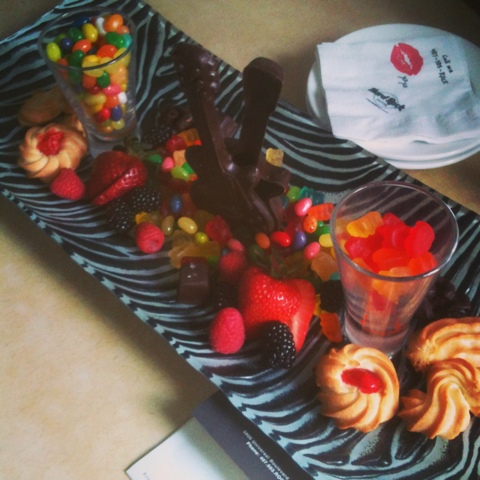 Gfree goodies set out in my hotel room!

One of the many things I was worried about when first starting this trip was of course food. I know many places are getting better with gluten-free options, but I'm someone that can never be to prepared. Honestly....I think we bought 20 or 30 Kind Bars..that's how prepared we were. Haha, but anyways when coming to The Hard Rock Hotel in Orlando, FL, I was very surprised. Right when I opened the door to my room, the first thing I saw was a big tray filled with tons of gluten-free treats just for me on my birthday! I was honestly very surprised to start off my trip like this, especially the fact that they did this just for me!

For the first part of my day in Orlando, I spent most of the time at the pool and just relaxing since that's usually the type of thing I like to do most. But what I didn't know was all the things my mom had planned for me throughout the rest of the day. The first stop was the Hard Rock Cafe, Orlando which is the biggest Hard Rock in America and had the most artifacts too. I actually got to get a special VIP tour which included seeing artifacts only celeberties that visited there got to see. I saw John Lenon's glasses, John Lenon's marriage certificate, a piano from Elton John signed by 53 musicians, and tons of Beatles artifacts that anybody would go crazy over. This was an awesome experience for me because I knew I was very lucky to be there and that I got to see many things not any normal person would get to see. 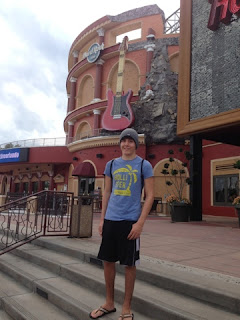 Me at the Hard Rock Cafe! 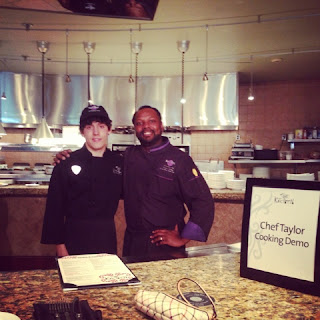 Me with Chef Anton getting a cooking demo!

The next part of my day which was only an hour later included me getting a special gluten-free cooking demo from the Executive Chef Anton of the Hard Rock Hotel's Restaurant. Chef Anton wasn't like most chefs that just add gluten-free to their menu to get more money. He created a gluten-free menu from scratch and made each new thing on the menu himself. Not only did he do this, but he also made sure that any server or worker that handles this food would have to be educated on the importance of cross contamination. I was extremely impressed with how strict he was on this topic with his servers because we all know this is something no one should take lightly. This was a great example on how you can do gluten-free the right way! 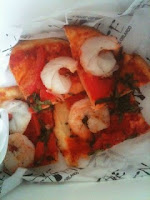 Gluten-free Pizza I made!

Anyways, the first thing we went on to make was a special gluten-free pizza with dough that was made from scratch right in the restaurant. It was honestly one of the easiest things I have ever made and I got to luckily take some of it with me..only to eat it all of course! The second thing we made was an amazing gluten-free pasta that was loaded with tons of flavor from many different natural ingredients. This sadly did not make it in the picture because it was too good to last long enough! I thought it was very cool to get to learn about what goes on behind the kitchen and to learn about the great pre-cautions Chef Anton was taking to make sure his customers were safe. I also didn't get glutened by the way, so that I know was a great sign! 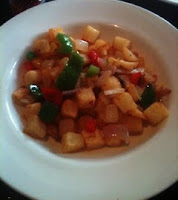 The next morning I woke up to have a little more adventurous of a day that would involve going to Adventure Island, riding tons of roller coasters, and seeing tons of amazing things. But to start off my morning we had to get breakfast first which I of course was a little worried about too with gluten-free options. Instead of having to settle for fruit and nothing else, I got a lot more than I expected. They had special gluten-free toast made in a separate toaster, awesome "make your own omelets", and they made me a special gluten-free potato dish which was separated from all the other food and friers containing gluten. This was by far one of the best gluten-free breakfast experiences I have ever had and is a place I would recommend to anyone. I for once felt safe with what I was eating and didn't get glutened again! Great start to my 2nd day in Orlando. 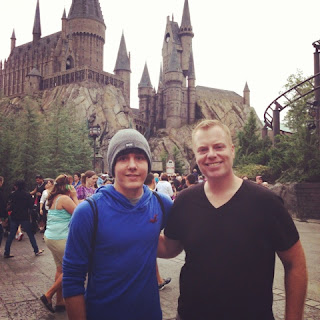 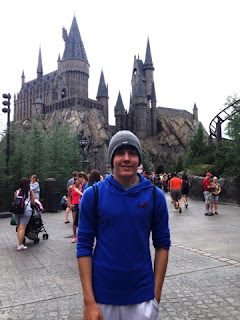 Just me in-front of Hogwarts Castle!

There were tons of awesome rides and roller coasters I got to go on in Universal, but by far the best part of the park had to of been Harry Potter World. I don't know if anyone of you have ever been there, but it was one of the most detailed and amazing places I have ever seen in my entire life. They actually had tons of natural gluten-free option inside Harry Potter World since they wanted the entire experience as realistic as possible. I'm pretty sure you wouldn't find churros and pizza in the Harry Potter Books so it's not going to be in here either. They also had butter beer which I didn't get to try, but that is also gluten-free too! There were so many great things inside this park that I got to see, but I was by far most impressed by all the things in Harry Potter World and would recommend anyone to go there too. I had an amazing time on my 2nd day being able to see all these cool things that I think someone of any age would appreciate. It's obvious to see how detailed it is in the pictures. 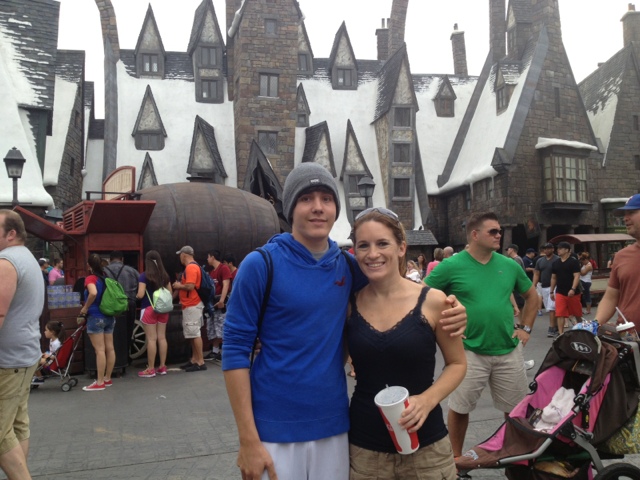 My mom and I.....and the guy photo-bombing on the right. Lol

Unfortunately towards the end of the trip I started to have many problems with my Adrenal Disorder and ended up having to leave early. Even though I wasn't able to stay longer than I wanted to, I still got to enjoy so many things that any person would be lucky to do. All in all, my 16th birthday experience at Orlando was more than I could of ever hoped for! I had to take many pictures this time because I actually can't even remember my 15th birthday due to my Adrenal Disorder and had to make sure that wouldn't happen again. This was a great new experience for me even though that my disorder made it more difficult, I am very thankful I was at least able to do what I could.

If you're ever thinking about having a birthday at Universal Orlando and are gluten-free, this is definitely a place I would recommend. The Hard Rock Hotel was extremely accommodating to having gluten-free options and made my experience there much better than I could of imagined. The kitchen and staff was extremely educated, and the Chef himself was someone who spent a very long time trying to make his gluten-free menu different from anyone else's. I actually didn't end up eating a lot of the snacks we brought because I had so much to choose from at this hotel. There are also many restaurants within walking distance that have gluten-free options as well, right outside of the Universal Park.

I wanted to thank my mom for setting all this all up and making my 16th birthday one I will never forget. I am very thankful to have been able to see everything within the Hard Rock Cafe and am very thankful for the great hospitality I was given at the Hard Rock Hotel and throughout Universal. As a 16 year old I was very impressed with this entire experience, and I actually plan on going back sometime this summer too. Thanks for reading about my 16th birthday and I hope you enjoyed it!

Have you had good experiences with gluten-free options at a theme park in the past or have you struggled to find food? I'm interested to hear about any other experiences!