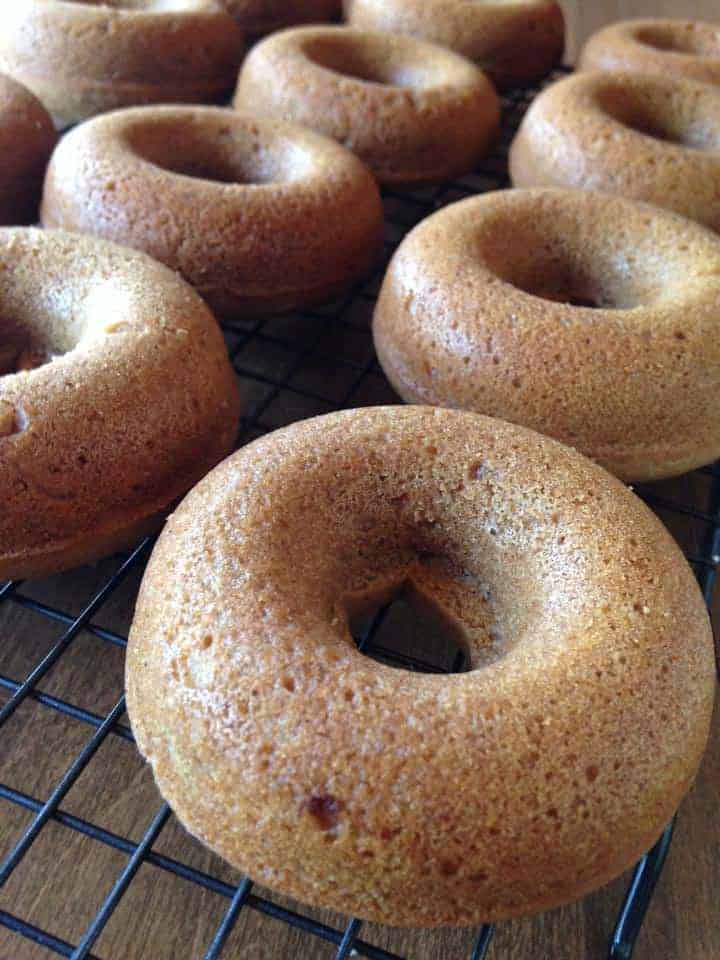 Moist, rich and cinnamon-y, these apple cinnamon donuts with maple glaze from Rachelle, Footloose And Gluten Free are sure to be your new go-to treat.

Tis the season for apples, pumpkins, and everything fall! I have been craving donuts for so long but never got around to actually making them.  I bought the donut pans a long time ago and have never used them (I have no idea why) But that all changed yesterday.  I got so excited about this recipe because it has been so long since I have had a donut for one, but for two this was a donut that wasn’t going to destroy my tummy, thank goodness.  These apple cinnamon donuts are full of flavor and very cake like and moist, especially with the maple glaze.  Nothing worse than a dry donut to try and choke down.  I brought some donuts to my neighbors who loved them and the kids loved them so much they almost ate them all except one which I saved for my husbands lunch, however the donut didn’t make it to the lunch bag, but his tummy instead.  I will be making these donuts again and again in a variety of different flavors. 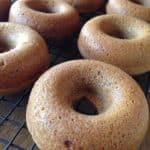