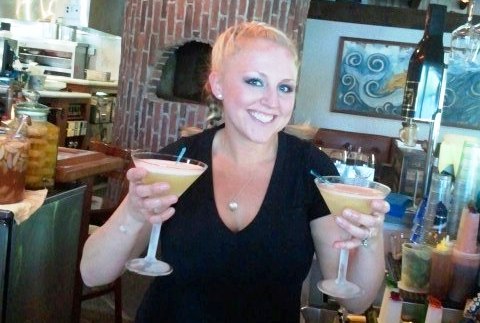 I eat pineapple because I like it. It's the same reason I eat Siggi's Coconut skyr, aged & soft cheeses, artichokes, fresh basil, dill pickles, beets, walnuts & honey. So it's swell that these foods happen to help my digestive system, because I'm willing to eat them.

I just got sick (meh) for the second time this year. The first time, I brought myself back on my own - those of you who rock Celiac & other AI Diseases know the drill: high-dose vitamin supplements, careful eating, constant hydration, meds, relaxation techniques - and constant (loving) harassment by family + friends about sleep, grams of protein & water vs. coffee. That wasn't enough this time - after a few weeks (I know, I'm stubborn) of fatigue,  insomnia, nausea &  the resulting epic-level moodiness these symptoms bring on, I went to see the panel of doctors that put me back together again at least once a year - I like to call it the Humpty Dumpty tour. Here's how it always goes:

So, two weeks ago, I picked up my prescriptions (let's be real. Saint Joan, my mother, picked them up for me, and she brought a roasted chicken & her special smoked salmon because she knew I'd eat it) and I started back on the stuff-besides-tortillas eating plan with cameo appearances at a Farmer's Market, Trader Joe's & Whole Foods. Fridge full of stuff I like, Saint Joan + friends & family on high alert, optimum health: here I come! Let's get wine.

My girlfriend Winehead (yes, that's what we call her) and I stopped at Pismo's Coastal Grill (they're a client of my other business) for a meeting, planning to have some seafood (protein!) and wine (prescribed!) - and we spied a giant container of pineapple sitting on the bar. Winehead: Aren't you supposed to be eating pineapple? Me: Yeah, soluible fiber and bromelain. We ordered Stoli-Dole martinis, containing the pineapple that had been marinating in rum, vodka & vanilla vodka, as we were both certain that's what my trusty team of Docs would want us to do.  They put a couple of pineapple chunks in the bottom and everything.

These are the best tropical drinks in the history of the universe.

Winehead & I are both marinating pineapple at home now. And here's the recipe, in case you don't live close to Pismo's (if you do, you should go there, NOW):

Remove the outer rind & core of a fresh pineapple, and slice into rounds or chunks. Place the pineapple into a glass container with a lid that seals fully, and add equal parts coconut rum, vanilla vodka & vodka, until the fruit is fully covered/immersed. Allow to marinate for at least one week.